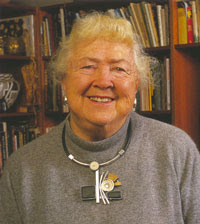 In an earlier post I talked about a legendary sculptor, Alexander Calder, who also made jewelry and whose work is currently on exhibit.


It made me curious about other legends of art who worked with wire, metal and found objects to create jewelry.

In this post I'm thinking about a wonderful jewelry artist, who was featured in the PBS Program Craft in America and the accompanying book, which was given to me as a gift. 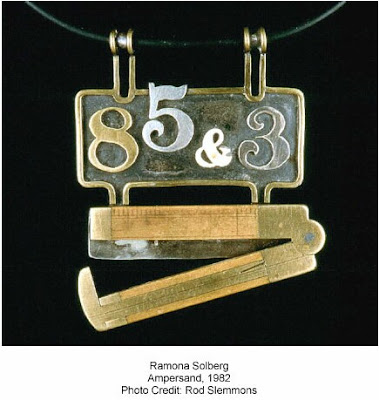 Her name is Ramona Solberg (1921-2005) - and although she influenced many artists whose names and careers I knew and that were familiar, I did not know about her until recently.

She was the subject of the 2001 book written by Vicki Halper, "Findings: The Jewelry of Ramona Solberg" which is now out of print. She pioneered the use of found and exotic objects in jewelry, at a time when jewelry was primarily precious metals and precious stones.

I love ethnic beads, use of silver, turquoise, amber and ornaments from other cultures. Ramona Solberg traveled to many countries and collected those ethnic elements and used them in her jewelry designs and as an influence on her own metalwork. 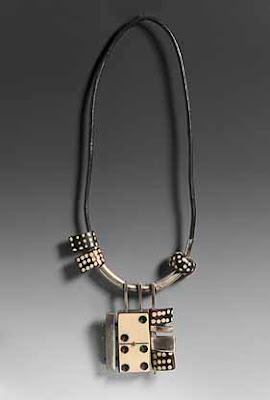 Solberg used stones, coins, ivory, game pieces and buttons in her jewelry, but her pieces were intended to be worn, not put away in a safe deposit box or hung on a museum wall as an exhibit.

Her jewelry making career stretched across six decades, and she has been compared to Calder. Both artists created pins called fibulas, a Roman jewelry style that goes back into antiquity but which both artists updated in their own vision.


She continued teaching and creating jewelry well into her eighties, influencing many current creators of jewelry art today.


Born in Watertown, South Dakota, she lived, worked and taught in Seattle, Washington.

An article in Ornament magazine (Autumn 2001 Vol 25, No. 1) mentions her in "Milestone: Ramona Solberg" as well as Lapidary Journal (October 2001) in "Spotlight on Solberg" and to learn more about her there is an interview in the Archives of American Art at the Smithsonian where she tells her story in her own words on March 23, 2001.

Her work can be found at the Renwick Gallery, Smithsonian Institution, Museum of Contemporary Craft; she was a Fellow of the American Craft Counsel; in 2001 she was awarded the National Metalsmiths Hall of Fame Award and in 2003 she was the recipient of the Twining Humber Award for Lifetime Artistic Achievement.

Craft in America - Book and Video Information from the PBS Series
Posted by LLYYNN - Lynn Davis at 5:30 AM 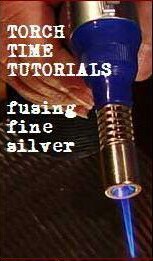 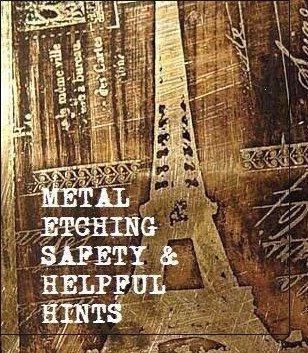 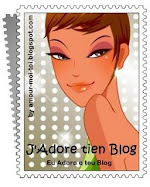